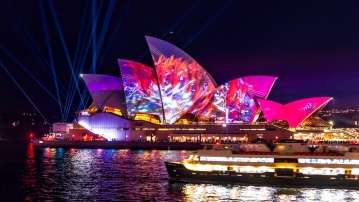 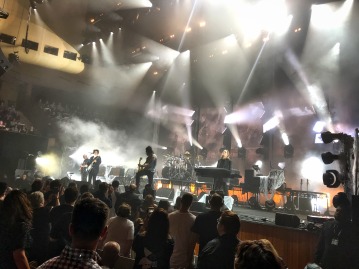 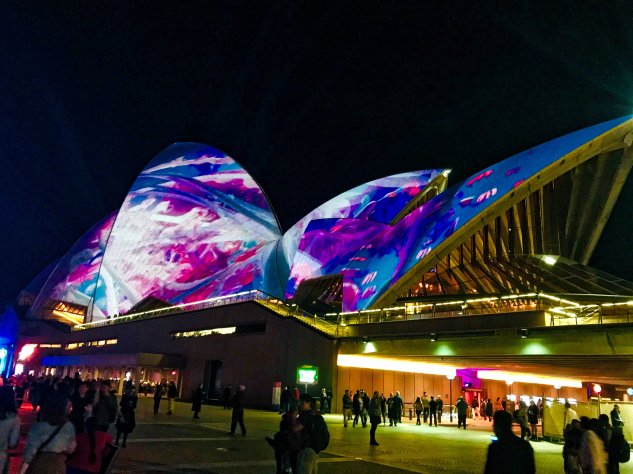 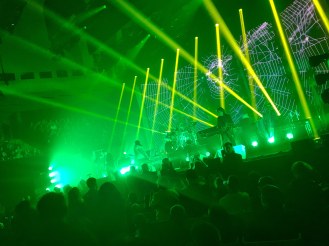 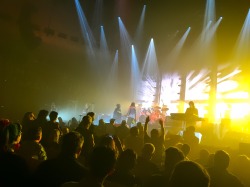 Sydney’s annual winter festival VIVID opened on Friday to the usual thronging crowds, spectacular Circular Quay setting, lights and projections, but tempered a little by super-cautious security and over-inflated prices. You know you’re not in Argentina when two thimbles of wine cost $27 (that’s a whopping 840 pesos for anyone reading in BA) including a $2 deposit on the plastic glasses they came in (admirable but ultimately impractical – especially with Opera House bars shutting with an hour of our concert to go).

Our ‘bestie’ Barry had determinedly secured in a lottery four rare-as-hens-teeth tickets to see the festival’s opening show, The Cure, and landed Row 8 in the stalls! Now I’m a fan of The Cure from way back (Ants less so but very excited by the occasion), however it was hard to sustain the excitement when the band performed a 30-year-old slow-burn classic album, Disintegration, and then played mostly lesser-known ‘b-side’ tracks, so none of the chart-topping hits that perhaps less than die-hard fans might have recognised and enjoyed more. The security in Da House was very officious, insisting people remained seated during the more tuneful, up-tempo numbers – in a punk concert no less. Mind you, like us, the audience was mostly over 50’s, so the chance of a mosh-pit forming was unlikely to say the least. Ultimately a night of huge promise not quite delivering on its buzz.

But…there will be other opportunities as VIVID wows Sydney for a few weeks each May and June, so stay tuned for some more posts from our light-filled harbour city.