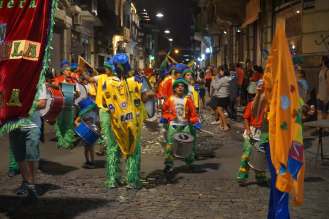 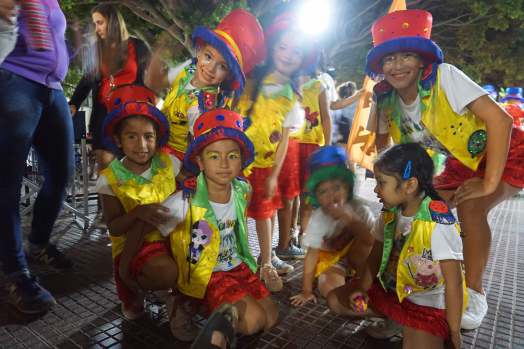 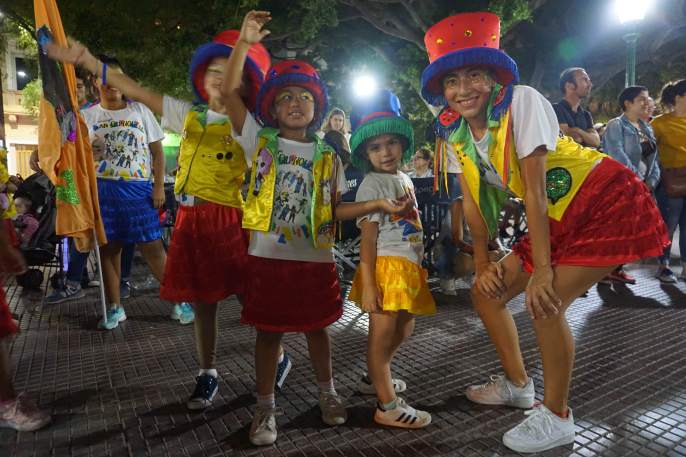 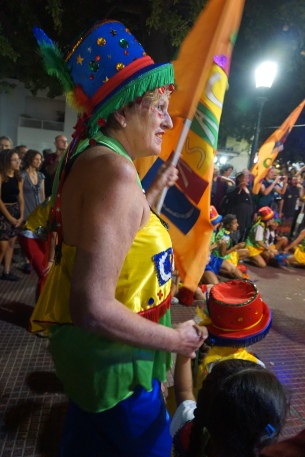 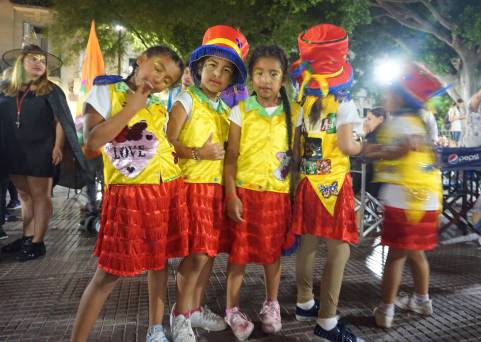 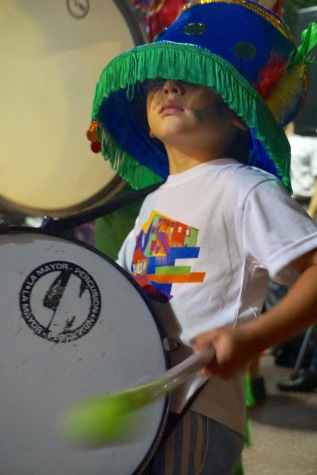 What a packed Sunday. We had our friends over for lunch from MASH (the British Indian restaurant) which on the face of it was a risky move. I mean who’d willingly cook for a chef, and a difficult one at that.

I think it went well, so well in fact that lunch blurred into dinner, or was that the Malbec? I think we’re kindred spirits if the truth be told. A spontaneous dinner invitation came from one of our newly claimed friends Xenia (wonder woman) which involved scaling a vertiginous spiral staircase in her apartment to a rooftop dining table with amazing views over the city. Once scaled and seated, it was fine, though, when nature called, it was an entirely different matter. What goes up of course must come down and a vertical (flying) open-air spiral staircase in the dark is something else. I exist to tell you!

We had been invited earlier to another Casa San event (remember, the foundation that our landlady Mercedes is championing?)

The kids from La Boca noisily marched down Defensa in a riot of colour into Plaza Dorrego at a time when the plaza was filled to capacity with its regular open-air Milonga free-for-all.

The boys were loudly drumming, whilst the girls performed jubilant aerial high kicks which eventually scattered the tango dancers to the corners, but of course enthralling them all. It was, as usual, fantastic. All led by the aforementioned, somewhat imperious, but rightly crowned Empress: Mercedes.