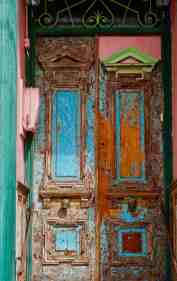 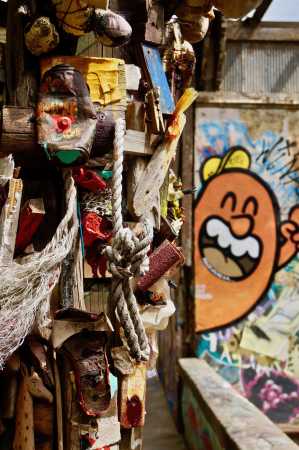 La Cueva de Chivato (The Cave of the Sneak) is both a bricked up cave and a Valparaíso legend. It lies rather hidden at the base of Cerro Concepcíon in the heart of bustling downtown, up a narrow passaje and behind the El Mercurio building (the oldest continuously running Spanish language publication in the world, established in 1827).

Legend has it that whoever walked by the cave would disappear. The myth has been around for hundreds of years but no monsters or ghouls were responsible, it was sneaky bandits, who would snatch passers-by, pulling them into the dark cave to rob and kill them. Interesting to note that in the late 18thCentury this was the shoreline and the deep wet cave part of the cliff edge. Nowadays though the shoreline/port front is some five large flat blocks away – a dark tale for such a brightly coloured city.