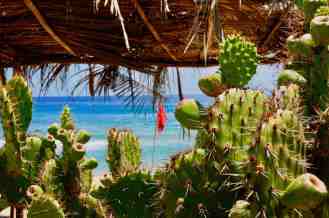 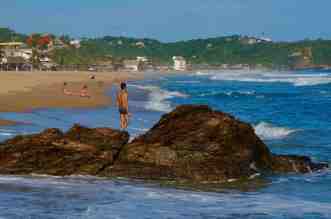 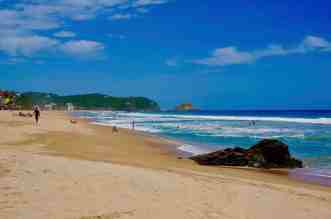 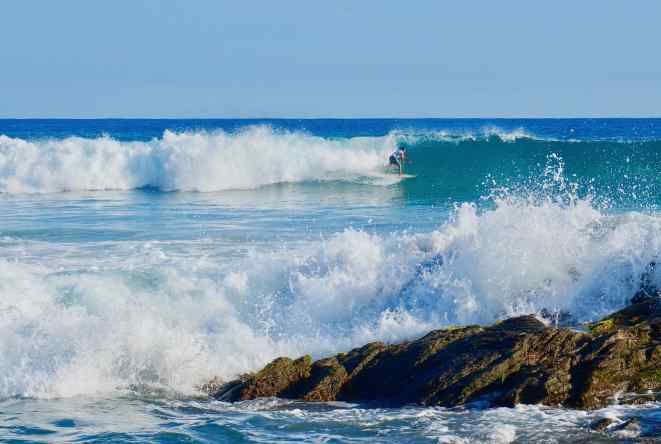 We enjoyed a wild storm towards dawn, our first night back in the cabana, and what a night it was. Lying in bed underneath an untethering mosquito net, looking straight out to sea, the wind roaring around, and being blasted with sand and other debris from the beach, was quite an experience.

The night sky was alight with sheet lightning and electrical flashes, incredibly loud thunder and most significantly, fierce sustained but erratic winds and torrential rain. I haven’t experienced a hurricane but when you’re in a straw hut, surrounded by coconut palms and exposed beach with huge waves crashing a few metres away, I thought this might be pretty close!

At one point I peered out and saw beach mattresses flying around in the air like something out of The Wizard of Oz meets Bedknobs and Broomsticks, with the beach and sky lit up, then thump, something hit our cabana. One of the mattresses? Or was it Shambhala, finally giving up the ghost and disintegrating over Zipolite? Several sarongs, clothing and towels had to be retrieved some distance away at first light.

Miraculously though Shambhala survived the night, though it did seem to look even more tatty and ragged than it had the day before. Incredibly, several young guests emerged on to the sands early in the morning, seemingly unharmed or even aware of the night drama. Typical kids, sleep through anything!

By midday the storm had vanished and blue sky had returned with Frigate birds soaring and swirling in the thermals like pterodactyls.