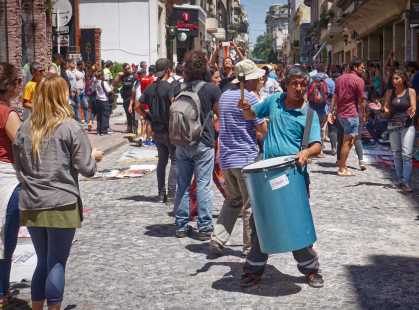 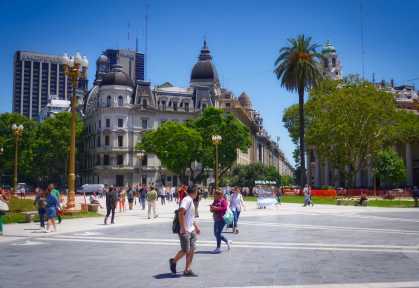 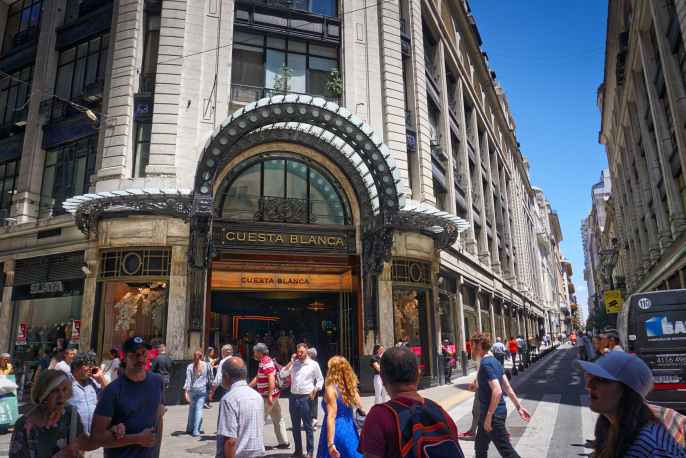 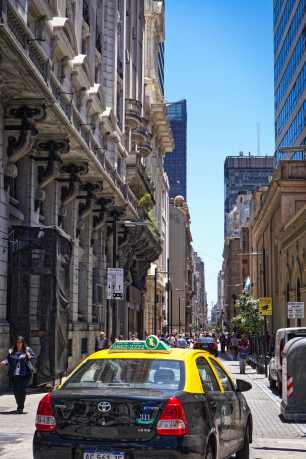 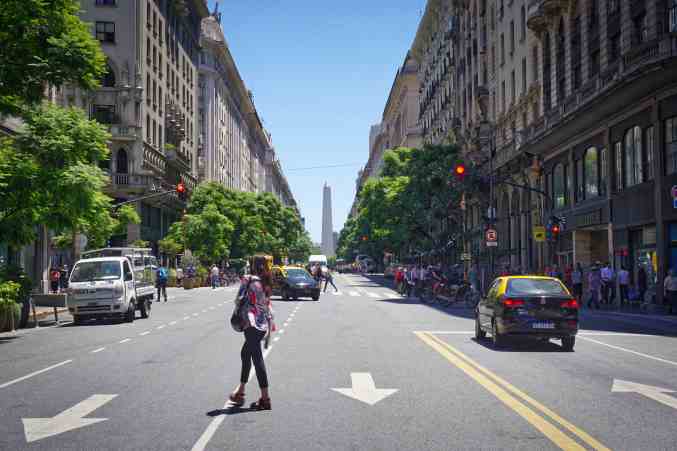 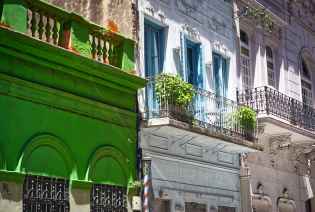 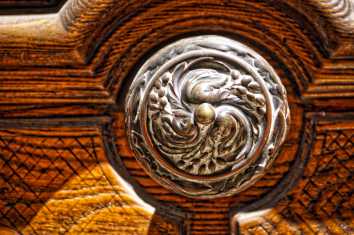 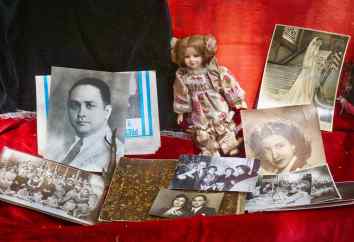 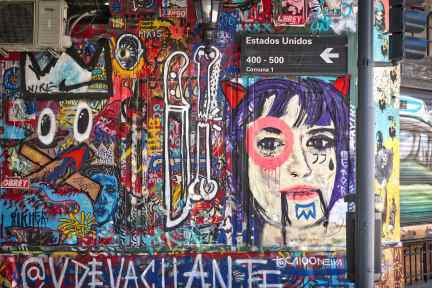 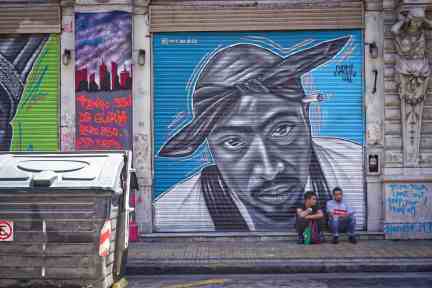 Such a glorious summer’s day today. The intense heat and humidity of last week have left us for now, finally allowing for walks into the city without feeling exhausted and bedraggled, though the heat is due to return at the end of the week so we’re making the most of the welcome change.

Established in the 17thCentury, San Telmo is BA’s oldest barrio and characterised by its faded but still glorious colonial buildings, sensuous tango parlours, cafés, late-night parrillas, stuffed antique shops and colonial churches, including the impressive Basilica of Our Lady of the Rosary and Convent of Santo Domingo (1751), with the imposing stone sarcophagus of Argentine national hero Manuel Belgrano dominating the courtyard entrance.

The streets are set in rough and ready cobblestones, just watch where you’re walking mind you as many of the pavements are also not just uneven but, in many cases, opened up with loose stones that run in uneven seams down the street. This form of civic disrepair seems common in both Chile and Argentina – first dig up the pavement for whatever reason, then leave it dug up (with no barrier or warning for pedestrians) for seemingly weeks or, most probably, forever. I’ve just learnt that every property owner in BA is responsible for the pavement in front of their building, which is essentially saying, nobody is. If the building owner doesn’t feel like repairing it then nothing really happens. (Apart from some wholesale recobbling of streets – Ant) I have not seen one pavement repair in action here in BA since arriving in September, not one. Perhaps this is another sign of the economic change that’s gripping this country at the moment.

Having said that, there are so many lovely colonial buildings to pull focus including many old and original stores such as the Farmacia de la Estrella Homeopatia, untouched inside and out since the mid 19thCentury, and, in the heart of San Telmo, the Mercado, a glorious wrought-iron and glass pile of a building from 1897, rather faded after all these years but a joy to wander around each and every day picking up daily groceries, freshly baked bread and of course hot out of the ‘horno’ empanadas.

You get used to the shoddy state of some stretches of pavement, you really do. It’s the overall sense of faded glory that really bewitches you.

We crossed the Plaza de Mayo and pushed further into Microcentro, the shopping heart of BA and the always packed Calle Florida which runs pedestrianised from Perú and Avenida de Mayo up to Plaza San Martin in Retiro. You can’t walk five paces along here without someone yelling ‘cambio cambio cambio’ at you. I can’t believe anyone would change cash here but they must do given the huge throng of ‘em lining this particular street, and they’re here all of the time!

There’s much change happening in Buenos Aires, not just politically, with an election due later this year, but in a contradictory way (given the downturn) the amount of massive civic infrastructure taking place. The whole city side of Puerto Madera from down towards La Boca all the way up to Retiro is being transformed with flyovers, fast-link tunnels and ‘cut-and-cover’ construction providing new parkland and an impressive amount of rejuvenation of old colonial buildings such as the recently re-opened Kirchner Centre in Retiro. It’s the largest construction work in BA for over 35 years.