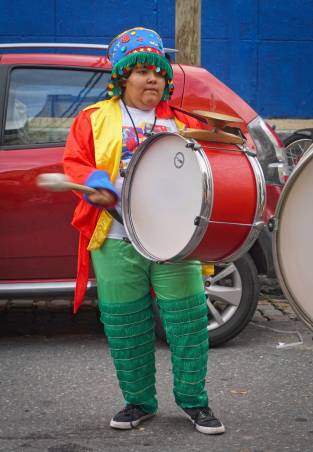 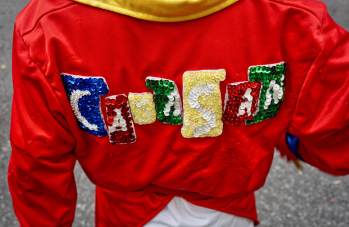 We first stayed in Casa San Telmo some eight years ago, meeting the imperious, glamorous and, at times, intimidating Mercedes, owner of the building, and as it turns out, architect, San Telmo property mogul and tango aficionado. According to other people we’ve met here, she’s a local legend and not someone to get on the wrong side of. She doesn’t suffer fools, seems to own half the property in San Telmo, renting out her apartments, and in the process, creating a booming business. http://www.casasantelmo.com.ar

Let’s just say she’s somewhat mercurial – one moment she’s charming and attentive, the next it’s if a dark shadow has crept over her and you’d be lucky to get an impatient acknowledgement as she passes you by. When we were here the first time, she talked about her son Santiago and how we might be able to help him in his career, as he’d shown some interest in graphic design and advertising. We spoke to him and encouraged him to write to us to see what we could do. Nothing transpired and we forgot about it. Eight years later and we bumped into Mercedes in our favourite local restaurant Caracol. We asked how Santiago was doing… it turns out that tragically, a few years ago, he had taken his own life following a struggle with drug addiction. It’s taken a huge toll on Mercedes and we now realise why she carries that dark shadow around with her. In trying to cope and understand what drove Santiago to his end she decided to try and help other young people, particularly from low socio-economic areas, to see a way out of their own darkness. What started out as a support group for struggling families expanded into a foundation responsible for generating access to skills, knowledge, education and opportunities that could help young people (some with drug-addicted parents, some even drug addicts themselves) overcome their problems and get them back on the right track. Many of these kids, some of them street kids, live, exist, in La Boca, one of the roughest barrios of BA where many streets have become lawless.

Casa San (San being Santiago’s nick name as a child) is the act of making sense of his death.

Mercedes now helps hundreds of these kids and their families and has become, in the process, a different kind of legend, one that’s much admired in the community.

The other day Mercedes invited us to a screening of a documentary on Casa San and the truly positive work that she’s achieved, turning lives around and setting kids on a new course in life. Around 50 of the kids were outside greeting guests at the Museo del Cine in La Boca with the boys playing musical instruments (new found skills) and the girls dancing in formation – all resplendent in colourful Casa San outfits which they had made themselves. We all squeezed into a tiny theatre to watch the documentary – truly inspirational. We now see Mercedes in a completely different light and would like to know more about the foundation which we’re planning on doing over lunch with her next weekend.

I took these photos before the screening as the sun set over La Boca. I have to say it was a tad dodgy getting out of the taxi and walking several blocks through some pretty rough and tumble streets, standing out like the gringos we are, copping loads of stares and at one point, some street urchins tagging along beside us mouthing obscenities. Welcome to the ‘hood. Very mildly ironic then that we were there to support the very foundation that’s setting out to transform some of their lives.