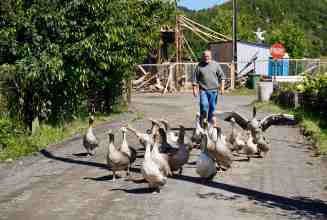 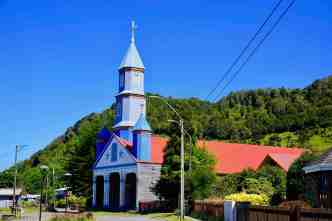 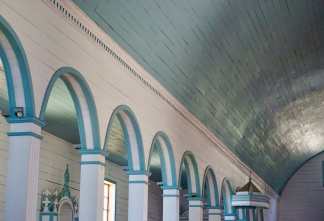 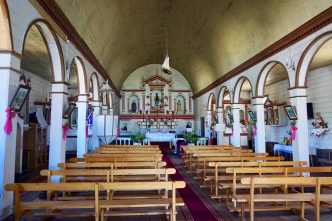 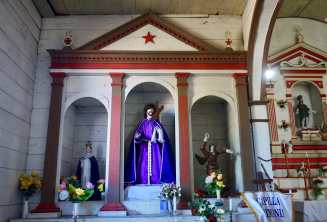 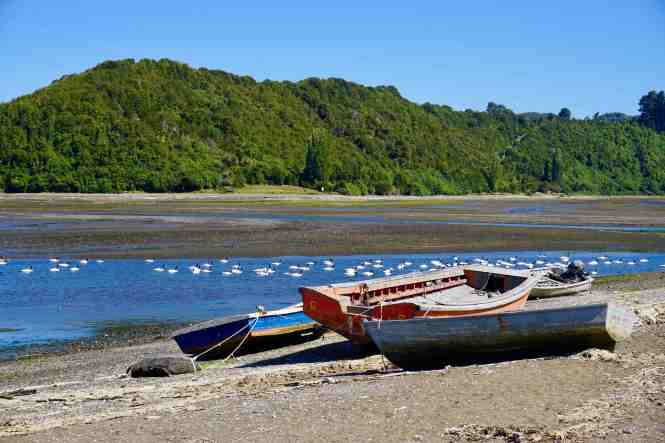 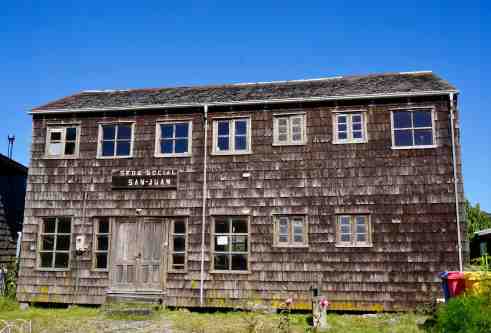 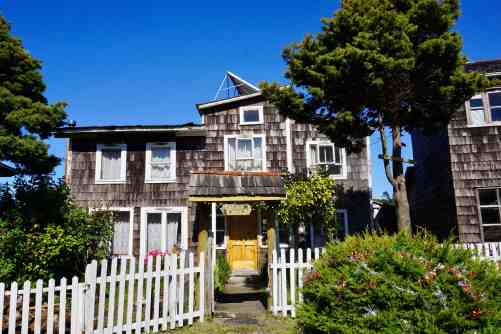 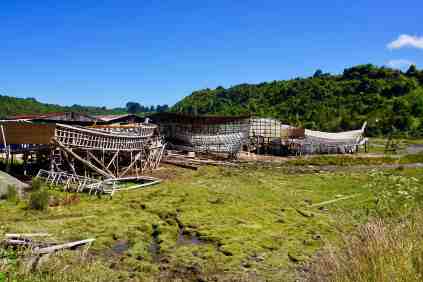 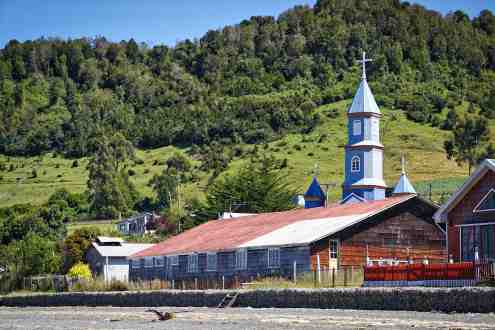 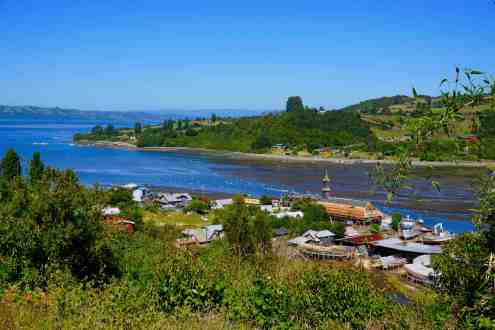 A truly stunning summer’s day dawned on Sunday, quite the contrast to the previous week’s cold, wet and overcast days, so we took full advantage of this apparently rare fine weather and hit the Circuito Iglesias de Chiloé (the Circuit of the Churches) which is confined to the central eastern side of the island on the Golfo de Ancud. In all there are around 70 churches on the island and 16 of the most exceptional wooden buildings have been declared Chilean National Monuments as well as UNESCO World Heritage Sites. As previously mentioned, these buildings are a fusion of Spanish Jesuit design and local indigenous boat building skills, hence the lack of nails used in construction and the up-turned boat vaulted ceilings and stacked towers. We couldn’t reach all 16 as many of them are on outlining remote islands in the archipelago so confined today’s exploration to four: Dalcahue (our nearest town), and the tiny hamlets of San Juan, Tenaún and Colo.

Arriving in the tiny boat-building hamlet of San Juan, down a steep inclined road to the wooden church there were what appeared to be dozens (perhaps more) white objects bobbing in the inlet – what could they possibly be? Well, turns out, on closer inspection, they were black-necked swans, native to the island and Patagonia in general. Smaller than other swans but no less graceful (and way more social – Ant). We were also greeted by a gaggle of geese marching themselves it appeared up the path and down into the water for their afternoon swim.