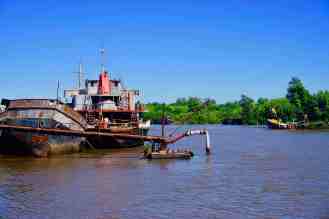 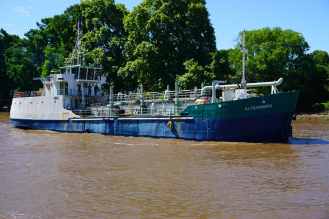 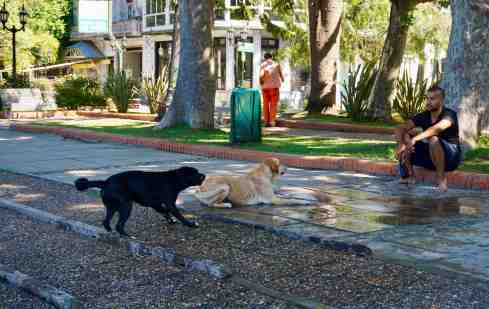 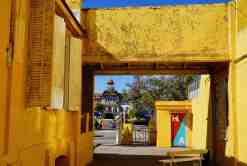 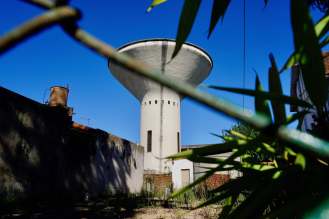 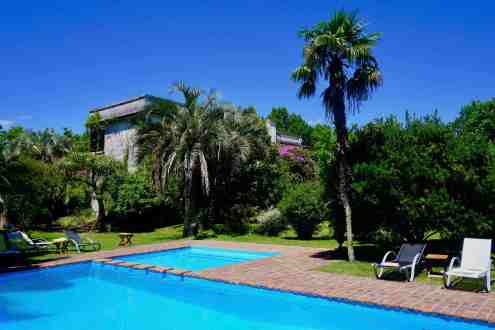 Just 35k’s away from the hustle and bustle of downtown Buenos Aires is the world’s third largest river delta system, where vast quantities of muddy brown water flow from some of South America’s greatest rivers, including the Rio Paraná (8thlargest river in the world) and the Rio Uruguay, both fed by countless small tributaries and canals from the centre of the continent to converge and empty into the Río de la Plata and its enormous estuary. Tigre is the main river port and juts right up to the vast jungle-like delta system as a last outpost of BA suburbia. Indeed, the train from Retiro is pretty much a suburban train-line all the way to Tigre and unbelievably costs just 0.98c return.

On the other side of the delta system and separated by an invisible zig-gag line down the middle of the Rio Uruguay is of course Uruguay. There are regular international ferry services from Tigre to Carmelo or Nueva Palmira where a coach awaits to whisk you off to Montevideo in just 3.5 hours. There are no bridges here – only the tiny bridge across tiny Rio Tigre – the closest bridge being way up river, so everything here is governed by tides and floods and boats.

Tigre has been a popular getaway for Porteños for well over a hundred years, with early settlers in the 1830’s encountering the region’s name-sake, the Jaguar. According to early records many a fool-hardy settler bashing his way into the delta jungle fell foul to a Jaguar. So, of course, what did they do, but hunt the beast until virtual (or more probable) actual extinction. I would imagine it’s completely gone from here but I guess you never know….

Not surprisingly Tigre is geared up for tourists and weekenders with hundreds of boating and cruise operators vying (and touting) for your business – some opt for a quick whiz up-and-down the main nearby tributary Rio Lujan whilst others opt for longer trips / treks that take you deep into the delta system and can take 5-6 hours or more. No such touristy things for us I’m afraid, we opted for a lovely grazing lunch on the river, watching the astonishing parade of different-sized boats, from kayaks to tour-groups and huge commercial vessels carrying cargo.

Many people live in the delta but there are no roads, hardly any services, most concentrated at Tigre, and of course all requiring your own boat / tinny / cruiser to get around. It must make nipping to the shops for a forgotten ingredient quite an adventure. Plus being a delta system it naturally floods, so many houses are elevated in some way, on bricked in basements, or built on stilts, like Queenslanders, so I can imagine some pretty challenging times during rain – and of course, it’s not just local rain, water can be forced down river from thousands of miles away.

What is surprising though, is the number of grand late 19thearly 20thCentury architectural styles – over-the-top palaces, turreted chateauxs, vast wooden rowing clubs that wouldn’t look out of place on the Thames, members-only clubs with a twist of Swiss Chalet and many an elegant half-timbered mansion set in sprawling tree-filled gardens that really could be in deepest darkest Surrey.

We stayed in one such place, now the Hotel Villa Victoria, a lovely large two-storey house with cool, dark-timbered interiors and two swimming pools set in a lush tropical garden. With today’s 35-degree heat the pool was incredibly welcome! Hard to leave actually, but back to BA we must.