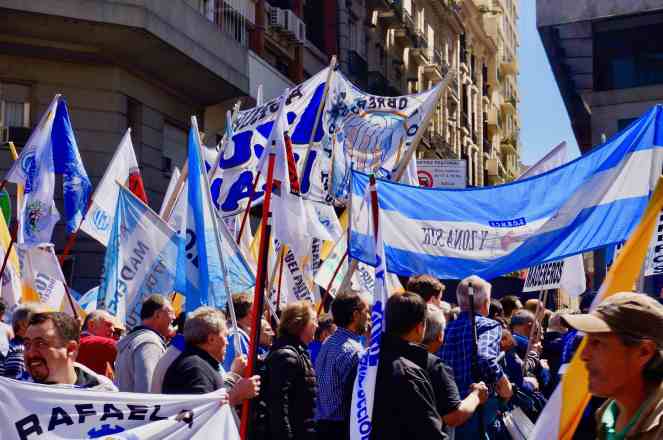 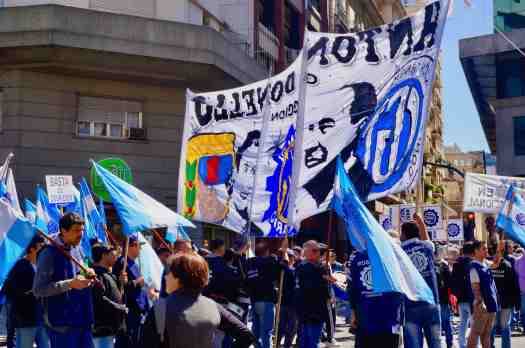 Argentines are angry that the government turned so quickly to the IMF for a bailout – to the tune of more than US$50 Billion I might add, a record for the IMF. The peso has lost over half of its value this year alone, inflation is spiralling, currently at over 40% and bank interest rates have hit 60%, so many Argentines are feeling real pain. It was brought to the streets today with a massive noisy march downtown – hard to know the numbers, but it appeared to be in the several thousands and the grid-lock it created was something you really wouldn’t want to have to wait out – though remarkably little irate honking as if in tacit support.  Demonstrations here are common, just last week Argentina had a 2-day general strike, closing down the whole country – we’re told to expect more of this as the belts are tightened and austerity takes effect.

However, walking the streets of this beautiful city bathed in glorious springtime sunshine, there’s no surface evidence of hardship – it’s paradoxical to say the least, but really, other than the demonstration we witnessed there’s nothing that shouts recession. Perhaps that’s around the corner.