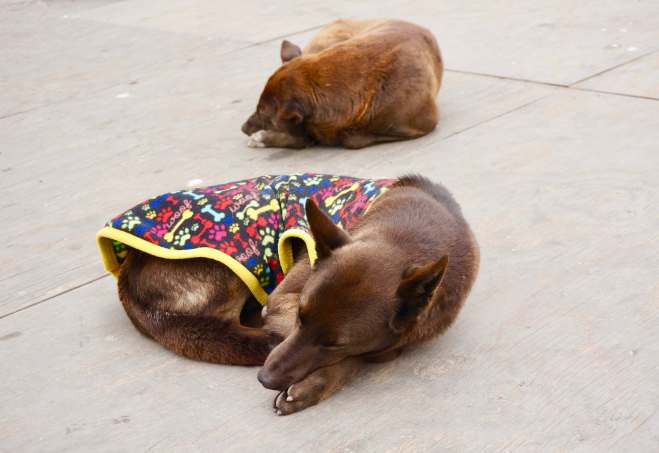 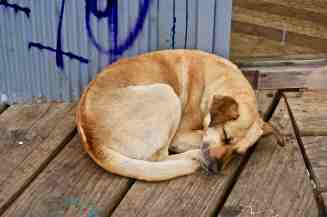 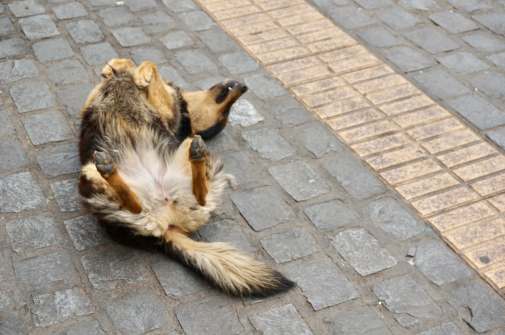 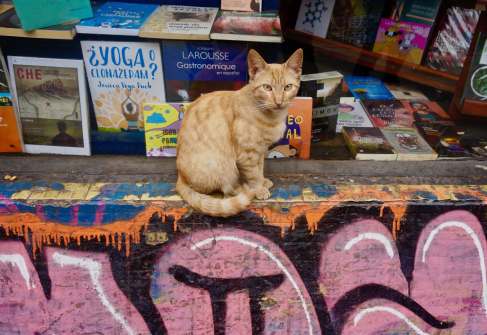 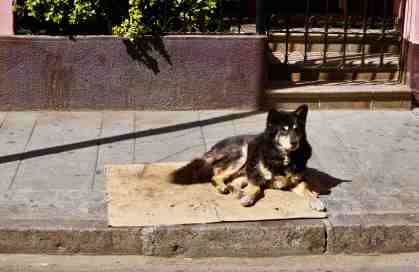 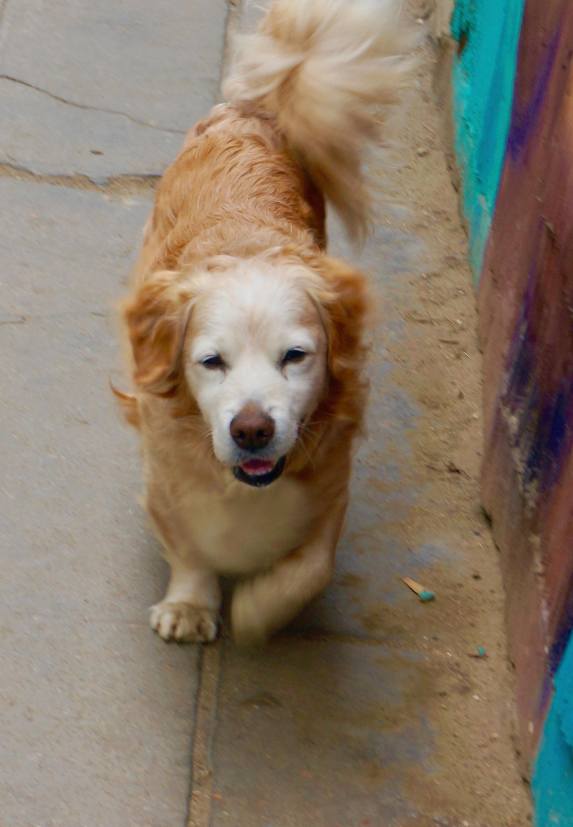 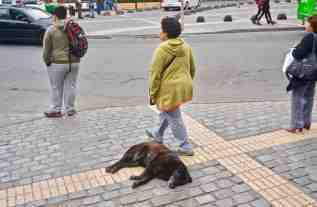 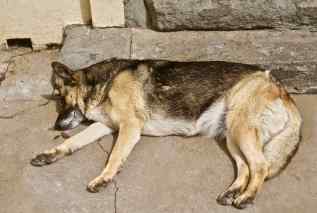 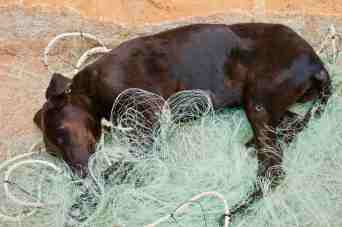 You can be walking the streets of Valparaíso, minding your own business, when you suddenly become aware of being followed – not by a human mind you, but by one of our furry friends, a Chilean street dog. When you catch their eye, they pretend to be doing something else, perhaps they’ll suddenly sprawl out on the pavement looking rather sleepy, roll onto their backs for a good scratch, or they’ll dart across the street in front of a car as if on an errand, or just freeze until you continue on. We’re often carrying groceries back to the apartment, so perhaps they’re thinking of jumping us in a dark alleyway and nabbing our food. Who knows, they’re not aggressive though, they’re seemingly well fed and some even sport a flash woollen jacket to keep out the cold, but there’s an awful lot of ‘em here in this city. They’re everywhere.

I read somewhere that there were an estimated 2.5 million street dogs in Chile, a population growing faster than the human population, so it’s becoming a real problem – the mess on the streets, the traffic hazard, the roaming packs in the city. They don’t seem to round them up like in other cities, so I guess there’ll just be more and more of them.

Oh, and there’s the cats, but that’s another story, don’t get me started….they can pop up in the most unexpected of places…

Some dogs behave quite pack-like, running at cars barking madly, trying to bite the tyres… or once, when a bikie in leathers rode into a city square it caused an incensed mob to chase madly after him, finally cornering him at a red traffic light, barking and snapping at his tyres. He had to dismount (brave chap) and run at them screaming to chase the pack away. (Nothing to do with the super-loud, throbbing Harley, of course – Ant).

Or when seemingly all of the dogs in a local area start howling en-masse to the skies. This can last for minutes and happens often. They could be in the city, hanging around in the street or in a square, outside a café or loitering around one of the cerros when they suddenly let rip and howl to the heavens.

You’ll often find painted wooden dog houses up in the cerros, sometimes with a name crudely painted on the side – in one case ‘ZAFA ‘– so it’s clear they’re very much part of Chilean culture and despite being almost wild street dogs, considered part of the family. The wife of our host meanwhile is part of a foundation to protect and limit the dogs – with neutering being one measure promoted – http://fundacionanimal.cl