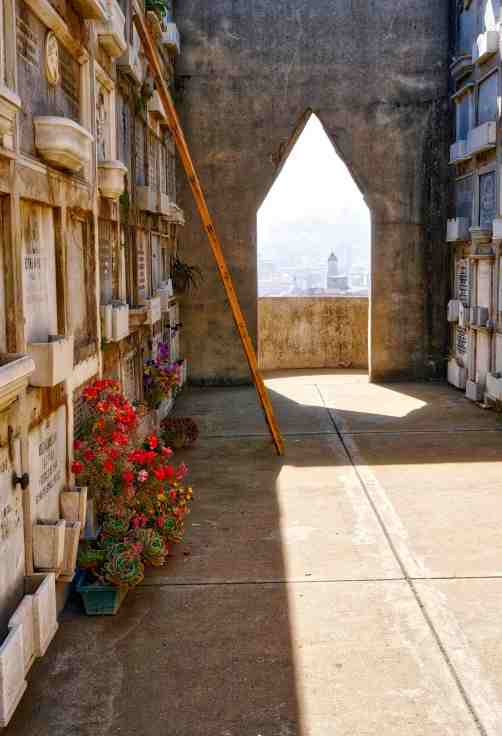 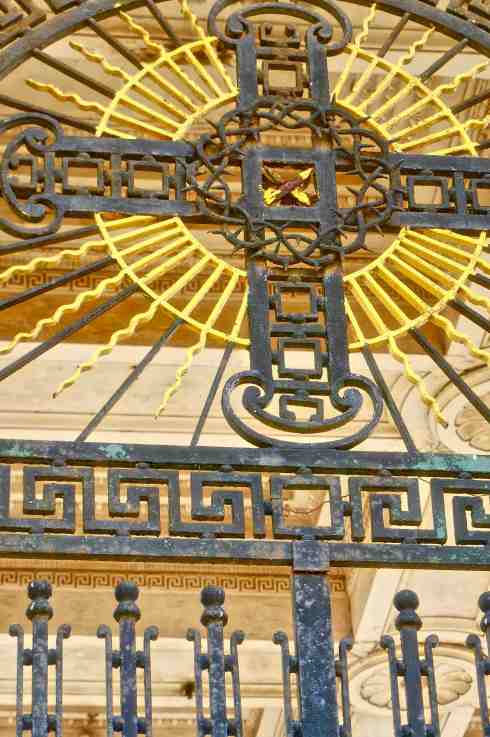 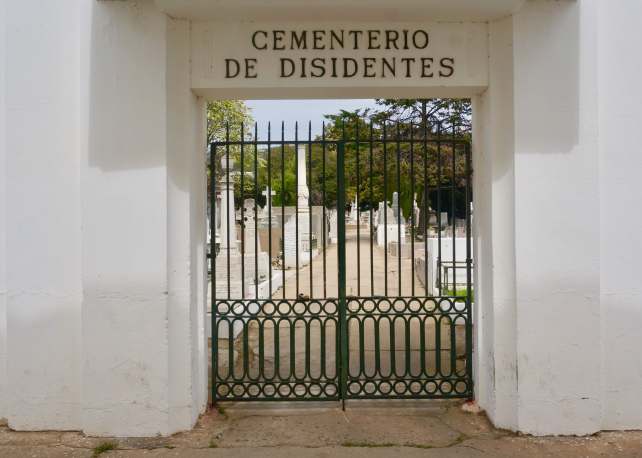 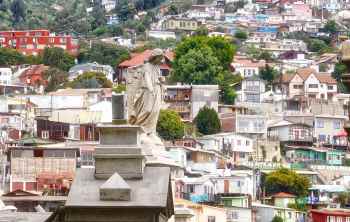 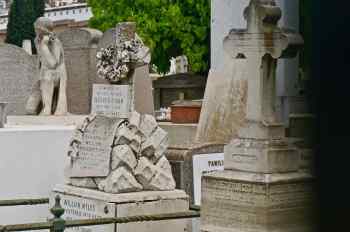 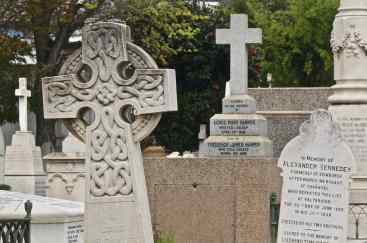 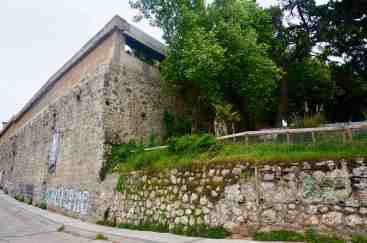 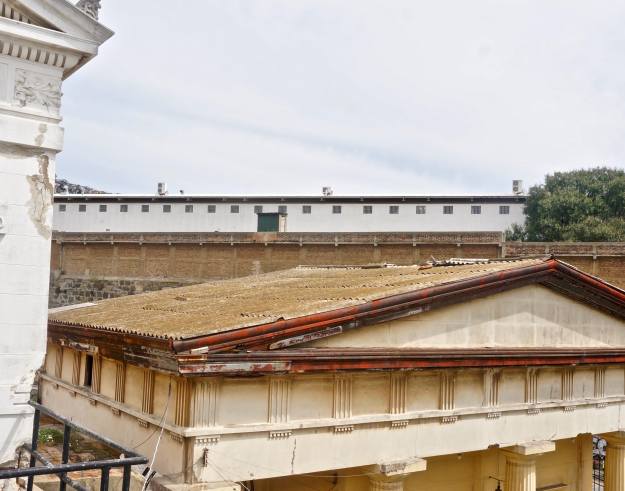 In the 18th and 19th Century, British and European immigrants who arrived in Valparaíso and who weren’t Catholic were not accepted into any of the city’s cemeteries and were instead buried in shallow graves in the consequently plague-riddled cliffs at Playa Ancha. It wasn’t until 1823 that non-Catholics got their own special ‘dissidents’ cemetery, the Cementerio de Disidentes, located between the established Cementerio 1&2 and opposite the city’s old gaol.

The names on the gravestones and monuments, some better maintained than others, perched high above the city, tumbling towards the cliff edge, speak of the many British immigrants that left everything to seek their fortune on the other side of the world. Names such as Kennedy, Muir, Bennett, Harper, Myles, Adam…we rocked up there expecting to roam around as we did once before, but it was closed – open from 9am-1pm then 3pm-5pm. We were there at 2. Bad timing. We’ll be back. Each walk needs a destination.

There’s a quote in several languages on the wall of the next-door Museo Cementerio de Disidentes, part of the hill-top cemetery complex:

“History does not begin with us, to deny our history is to deny ourselves, if we don’t know our history, we have no roots and any wind can blow us away. Valparaíso has not been blown away by the wind, nor sunk but the waves, by floods or earthquakes, because it has strong roots, some of which are honoured, remembered or lie here.”