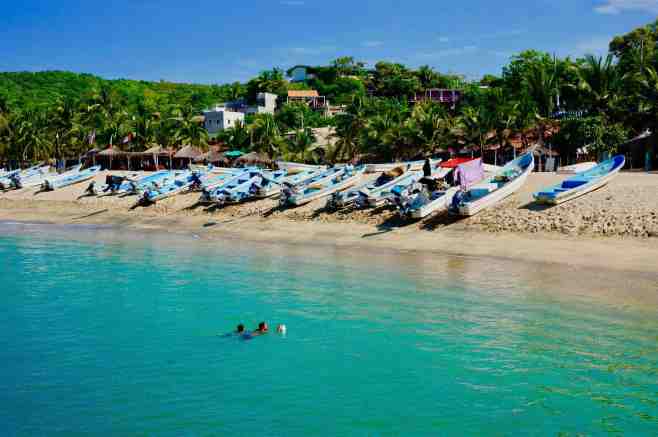 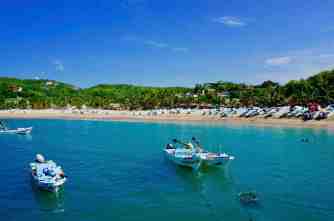 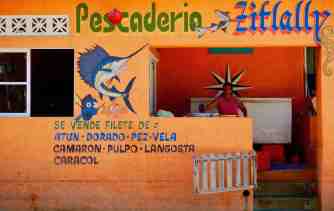 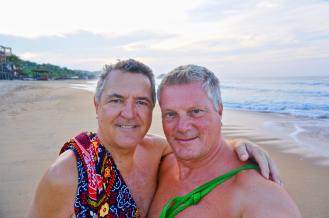 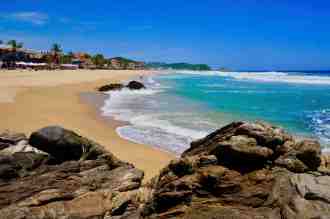 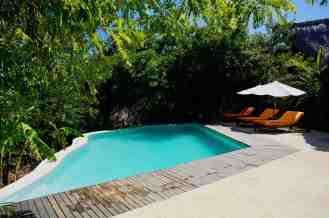 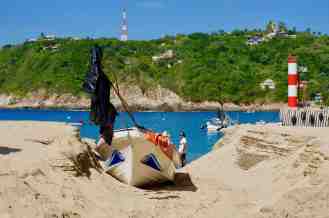 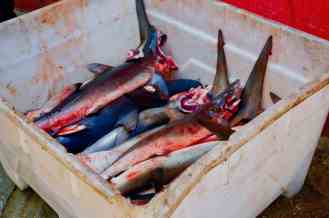 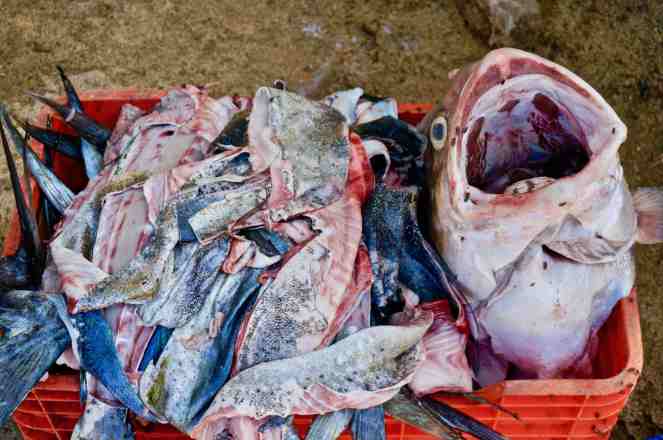 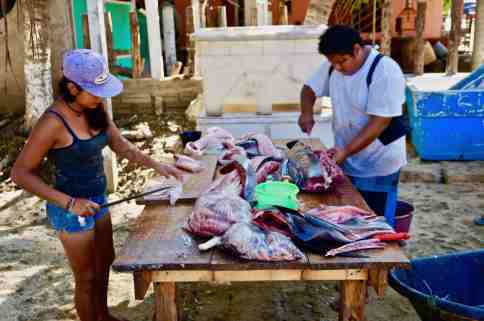 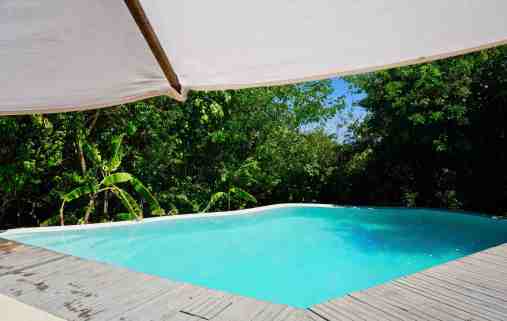 We spent our anniversary doing pretty much what we’ve been doing the last seven days – not much (up early for a walk and a swim, a brief attempt at work thwarted today by internet issues), but then the exception this morning of a brief jaunt along windy roads into the nearest ‘town’, Puerto Angel. A tiny fishing village set in an enclosed sandy bay, with boats drawn up and nets being mended and fish filleted, and where the waters are calm and oh so inviting. However, on seeing the catch being hauled out of the boats, namely dozens of small sharks, some of them baby hammerheads – and noting that there was no-one else swimming there, we thought perhaps it wasn’t such a great place to be diving in.

It was also ‘too darn hot’ so we hot-tailed it (a pun? Ant) back to El Alquimista. As Ants said, when you’re already in paradise why leave – why indeed. So, we picked up where we’d left off, a spot of lunch, a wild, churning swim in the hot bath that’s the ocean, a snooze by the pool, an attempt to read before dozing off again and being woken with the usual canine chorus of mass howling. Not sure what sets ‘em off but they do this several times a day. It’s quite amusing I have to say.

Meanwhile, here’s a visual for you – two naked men (who might remember the 70s) on the beach at sunset with rainbow flag hula hoops doing their thing (hula hooping that is)…not something you see every day. No photographic evidence, just take my word. It’s that kinda place. (And no it wasn’t me and Paul – Ant)

We have to move again tomorrow, from the AC luxury of ‘the tower’ back down to the beachfront cabana for the rest of our stay here. Hey, in a funny kinda way we’ve missed being down there right on the beach, a roll out of bed and into the sea. Our mozzie regime will need to kick into overdrive again but we’re covered with sure-fire Aussie Mozzie Zappers as a ring of defence.