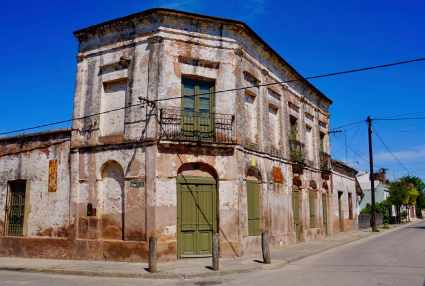 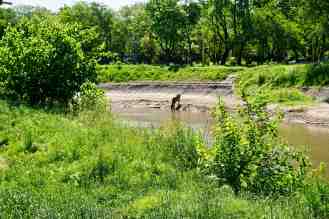 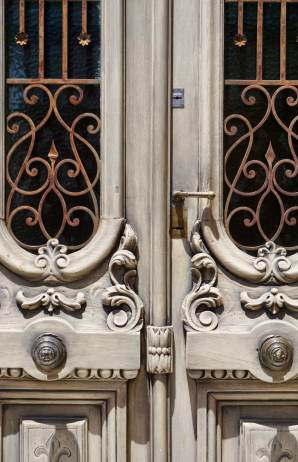 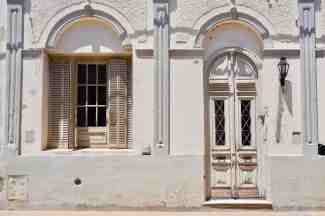 A son am I of the rolling plain

A gaucho born and bred

And this is my pride; to live as free

As the bird that cleaves the sky

The partido of San Antonio de Areco is just 113km from Buenos Aires and 852 square kilometres in size yet has a population of just 21,000. We’re on the northern edge of the great Argentine Pampa, an area itself of 760,000 square kilometres that’s very green and very flat. We’ve often been told here that outside of BA there’s nothing, nada, zilch – ‘Nothing before the Andes but endless flat grassland’ – and I guess they’re right, but it’s incredibly fertile and yes green and actually very beautiful. Looks a lot like Goulburn in NSW actually but with far fewer people and many more cows and horses.

We’re in the land of the Gaucho. Where better to spend a few days we thought than San Antonio de Areco during the annual Fiesta de la Tradicíon, the gaucho rodeo festival where gauchos come from all over Argentina for a few days of what I guess gauchos do – ride horses, show off their wrangling skills and strut their stuff along the dusty cobbled streets. We had the right idea, along with many other travellers from around the world – hence the whole town was unnaturally heaving with hotels full to capacity, though we managed to secure a room in the very nicely curated Antigua Casona right in the middle of town, with a lovely swimming pool in the garden! Not bad indeed, especially with mid 30’s blazing sunshine.

It seems though that gauchos are perhaps more nervous nellies than fearless legends. The Fiesta was cancelled mid-week due to the ‘possibility’ of thunder storms. Very disappointing. It’s been rescheduled for next weekend but having checked the week’s forecast, it’s the same pattern – heat building mid-week to hit mid 30’s by Friday and yes, more thunderstorms forecast. This could go on forever….

It’s a dashing look I have to say but unfortunately for us, there were very few gauchos on parade (some gaucho families we saw stocking up on clobber for the year – Ant), just the odd floppy beret spotted on a local. Ants was quite taken by the boinas actually and having bought one is now threatening to wear it in London when we’re in the UK in December (I’ll no doubt be hauled up for cultural appropriation on the Underground – Ant).