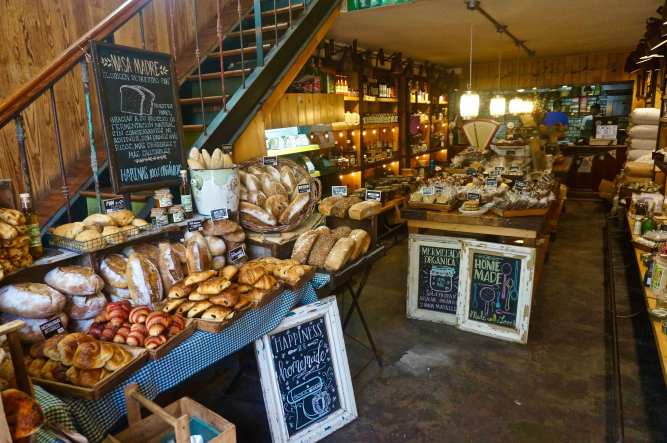 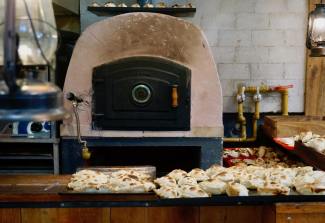 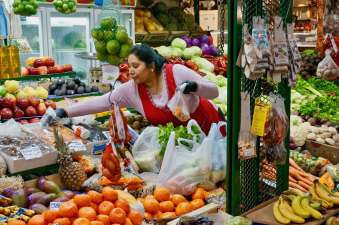 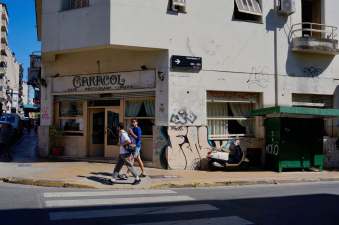 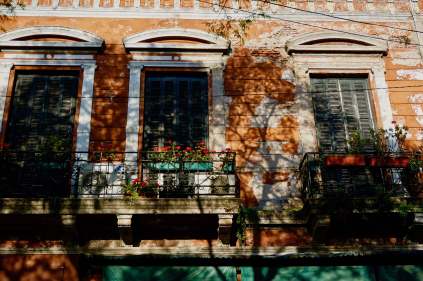 We’ve eased into life in BA and feel that we’ve become part of the local (San Telmo) furniture – seeing the same faces on the street every day, popping into the same stores and always receiving a friendly ‘hola, buen dia’. We love mooching around the Mercado late morning for some fresh fruit and veggies and picking up some piping hot empanadas for lunch straight out of the ‘horno’, or nipping over to Hierbabuena, the local organic bakery on elegant Caseros for some medialunas for breakfast, or trawling through the local supermarket COTO for weekly supplies – through always struggling (particularly here for some reason) with my Spanish, as the check-out chichas rattle off about endless discounts, instalment payments (‘cuotas’), special offers and of course ‘do I have my loyalty card’… mostly met with my blank face and a mangled Spanglish response – ‘lo siento no entiendo’ – as  I hold out a fat wad of pesos hoping that’ll do the trick and I can be on my merry way. I’m trying. Really I am.

I presented a credit card once, but this was such as palaver that I don’t use it anymore here – it requires a passport check and multiple signed verifications that take ages, not ideal when there’s a long line of grumpy shoppers behind me. I’m afraid no ‘tap and go’ here. We don’t have this problem anywhere else, just supermarkets. I wonder what it is about foreigners needing passports to buy groceries?

It’s all rather domestic I know, but I’m loving it – living here as we are.

Today we got our third haircut of the trip, the others being in Oaxaca and Valparaiso, with today’s visit costing the princely sum of ARS$250 or A$7 each. Not a bad cut actually – a short back and sides but it does the trick.

Most mornings, whilst making a pot of coffee in the kitchen I often look down onto the street at the packed commuter buses bombing up Piedras, rattling the huge glass doors in the apartment and see weary looking faces pressed against the windows, probably dreaming of being somewhere else, anywhere else, whilst I suppose I’m living my dream of being in Buenos Aires – slightly different circumstances I know but I feel at home here for some reason and quite happy.

All the rooms in our Casa Chorizo run off the same leafy internal tiled passage and lightwell, one after the other, with lovely floor to ceiling double doors inset with glass windows and hinged shutters, sprawling wooden floors and an old twisted vine that constantly threatens to take over the passage way with dangling tendrils that reach out longingly towards the far wall. I’m doing the gardening here, mainly on the roof terrace but of course managing ‘the beast’ in the passageway, as it’s particularly virulent after rain.

The sightseeing is largely over (apart from the odd gallery or two and a trip out to the Pampa next week – stay tuned for some Gaucho adventures…), so focused now on working and just living here in this wonderfully energetic city. Ants in particular is getting a load of work done, not just the odd Aussie TV script but on his own material such as a x6 1-hour Drama for TV set in post-war Soho London and a much-dreamed of movie script about two young Aussies on a road-trip of self-discovery to Spain following in the (bibulous – Ant) footsteps of Hemingway. I’m continuing my New Business Development work and now focusing on setting up meetings for my colleagues in the UAE, India (where we have an office) and Saudi Arabia would you believe, though after recent terrifying events we’re rethinking this particular venture, despite securing a high-level meeting in Riyadh! We’re managing to get a solid morning’s work in each day, allowing ourselves a wander / a walk over to the Costanera Sur / a spot of lunch at El Caracol (our favourite local restaurant – very unassuming but fantastic steaks) /or a shopping expedition in the afternoon before returning home for the evening.

Our lovely cleaner Raquel comes on Thursday and spends the entire day in the apartment, so we usually head out for the day. Tomorrow we’re heading uptown on the SUBTE to Palermo on the C line to Diagonal Norte then onto to the D line to Plaza Italia – a walk over to the Jardin Japones (the largest outside of Japan) and over to the Museo de Arte Latinoamericano de Buenos Aires AKA MALBA (for some local culture) before mooching around the oh so fashionable streets of Palermo Viejo on Ants’ particular search for a leather jacket (these disappointingly are not cheap, the good ones anyway– Ant).

The climate here is pretty much on par with Sydney as we’re practically on the same latitude (Sydney is 33 degrees south whilst BA is 35 degrees south) so we’re lock-step with the ups and downs of early Summer – blazing hot sunshine one day, cool, breezy and overcast the next, so hoping that summer finally arrives here in November as it apparently has in Sydney.

BTW, we’re finally catching up on some TV – not on TV as such but watching Netflix and iTunes on the laptop. Anyway, have loved Killing Eve Series One, A Very English Affair with a fantastic Hugh Grant as the creepy 70’s British pollie, Jeremy Thorpe, and have just started watching The Bodyguard, Ep 1 down, on which, I have to say, our jury is currently out.