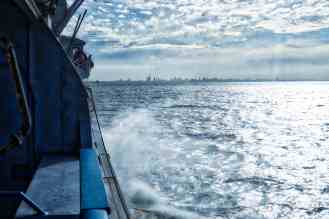 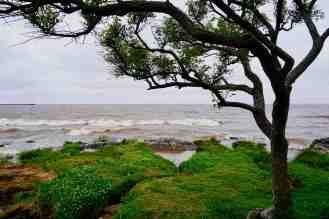 Just 52k’s across the wide brown Río de la Plata lies the UNESCO World Heritage listed Colonia del Sacramento in Uruguay. It takes just one hour to cross on the huge Colonia Express catamaran (you can take your car) but you might as well have stepped back in time, possibly hundreds of years, as the pace of life in this 16thCentury Portuguese town is slow and super relaxed. The old town is a walled fortress on the tip of a small peninsula with narrow cobbled streets, colourful stone-built houses, a towering lighthouse rising out of the ruins of an old convent, a beautiful garden-like Plaza Mayor at its centre and the ever-present brown river at the end of every street.

Despite this place being an easy hop from BA there’s little mass tourism here – no restaurant touts (like La Boca or San Telmo), no loud music booming from crowded bars, no packs of tourists even – just peace and quiet and, a word that’s often used in Uruguay, tranquilidad. It’s so peaceful the loudest noise you’ll hear is the lapping of waves, the wind in the trees and the many green parrots overhead.

Looking across the river at sunset with no one else around, we could see the distant tops of the skyscrapers in Buenos Aires etched on the horizon in a golden glow, spectacular!