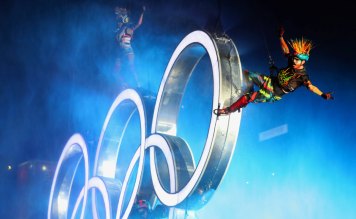 The 2018 Youth Olympics opened here on the weekend with 250,000 people heading downtown for the opening ceremony* along the Avenida 9 de Julio. Sadly, the budget was slashed 40% in recent months, perhaps dulling this first time Olympics for Argentina, albeit the lesser known Youth Games.

The IOC president Thomas Bach, who opened things on Saturday, urged Argentina to bid for a future Olympics, to my mind a crazy and misguided recommendation considering the ongoing financial woes of Argentina. I mean, which country anywhere would splurge hundreds of millions of dollars on a ‘rigged’ bidding process, with massive expense and zero benefits beyond, and the legacy of a few white elephant venues? Argentina has already played this fruitless game a number of times over the years, having unsuccessfully bid for the 1956, 1960, 1968 and 2004 Olympic Games – so with the 2024 and 2028 games sewn up, that would require BA to bid for the 2032 games against possible strong competition from Indonesia, India and surprise surprise, a joint North Korea/South Korea bid. No contest there, right?

However, on a stroll over to Puerto Madero this afternoon in the hot sunshine, Dique Tres (Basin Three. We’re not talking wash-basin – they’re massive walled-in expanses of water with ship-sized outlets at each end – Ant) was the venue for the YOG rowing event. Over the speakers was an announcer talking about Australia and ‘Canguros’…. but then in the actual event a rower from Moldova won the heat, go figure… Moldova, rowing, who knew?

*Alas not my photos of the Opening Ceremony