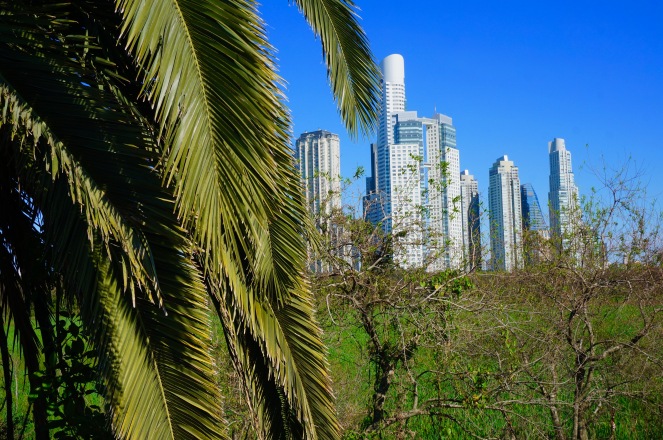 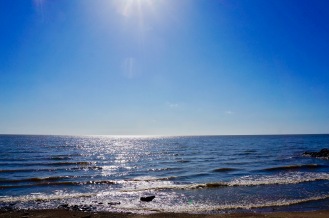 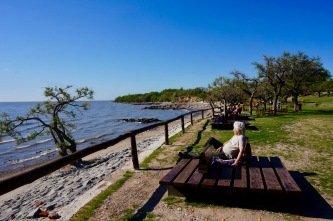 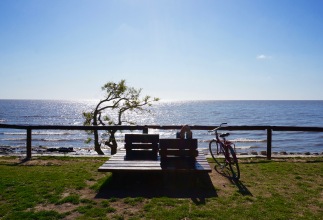 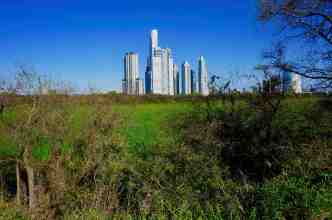 On the other side of Puerto Madero is one of BA’s greatest and most unexpected treasures, the 865-acre wetland park, the Reserva Ecológica Costanera Sur. This is an incredible resource to have so close to a city of 13 million, packed with 314 species of birds, 23 species of reptile including, surprisingly, caimans and iguanas, 19 species of mammal, 26 of fish and over 600 species of plants… and on it goes. It’s a super impressive set of lungs and made even more amazing by its breezy Rio de la Plata location. It’s all rather glorious!

The Rio de la Plata estuary is formed by the confluence of the Uruguay and the Paraná rivers that empty into the Atlantic – forming what’s considered by some geographers to be, at 220 kilometres at its entrance, the widest river in the world. Check out the NASA photo of the Rio de la Plata – that’s BA bottom right and Montevideo in Uruguay top left – so perhaps rather naively as I’d expected, no view of the Uruguayan shore was visible. Nice place to be though, GOOD AIR!