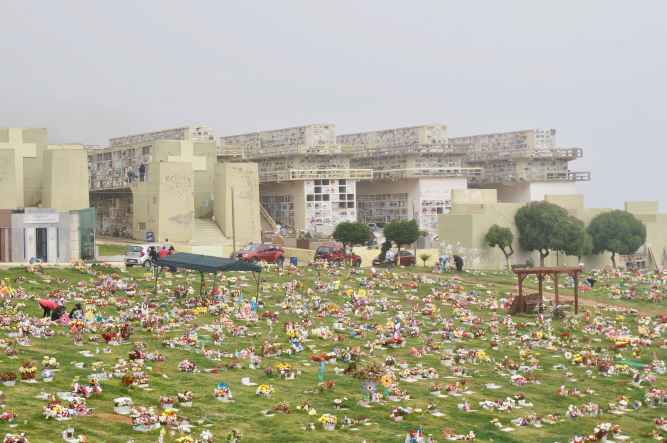 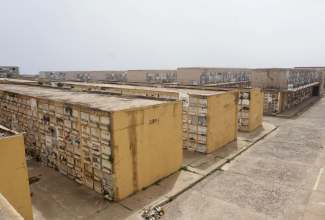 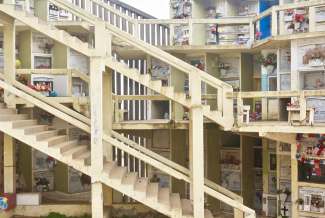 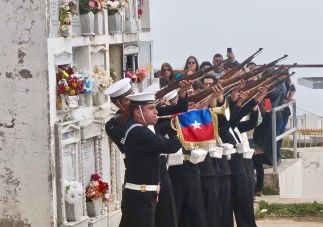 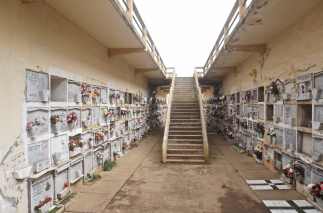 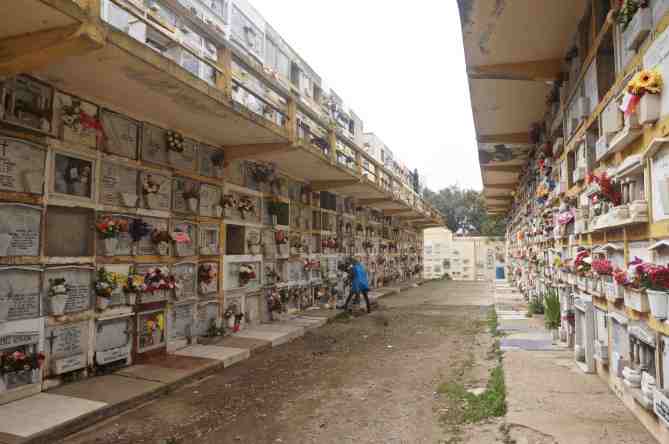 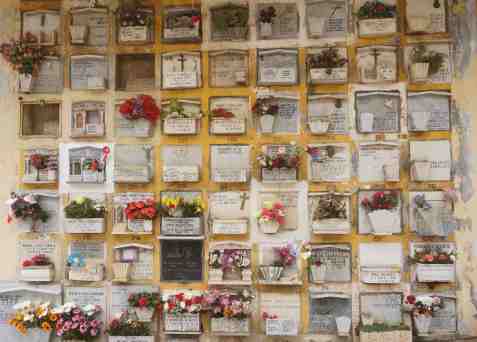 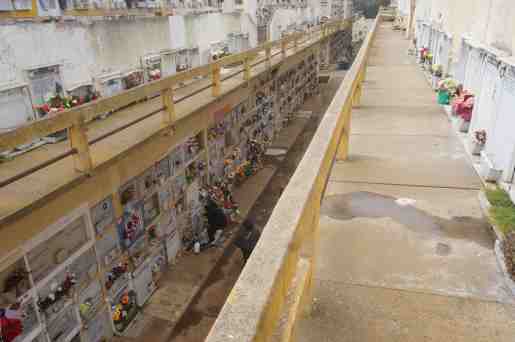 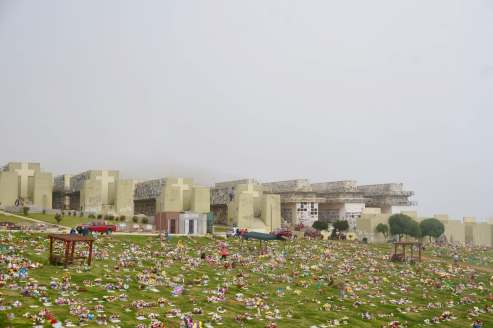 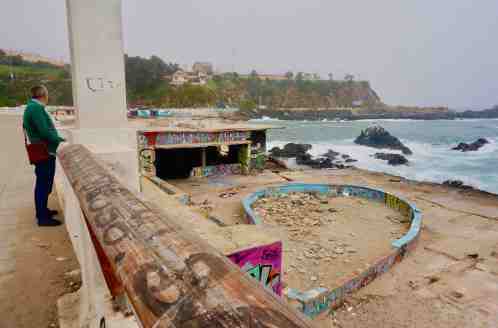 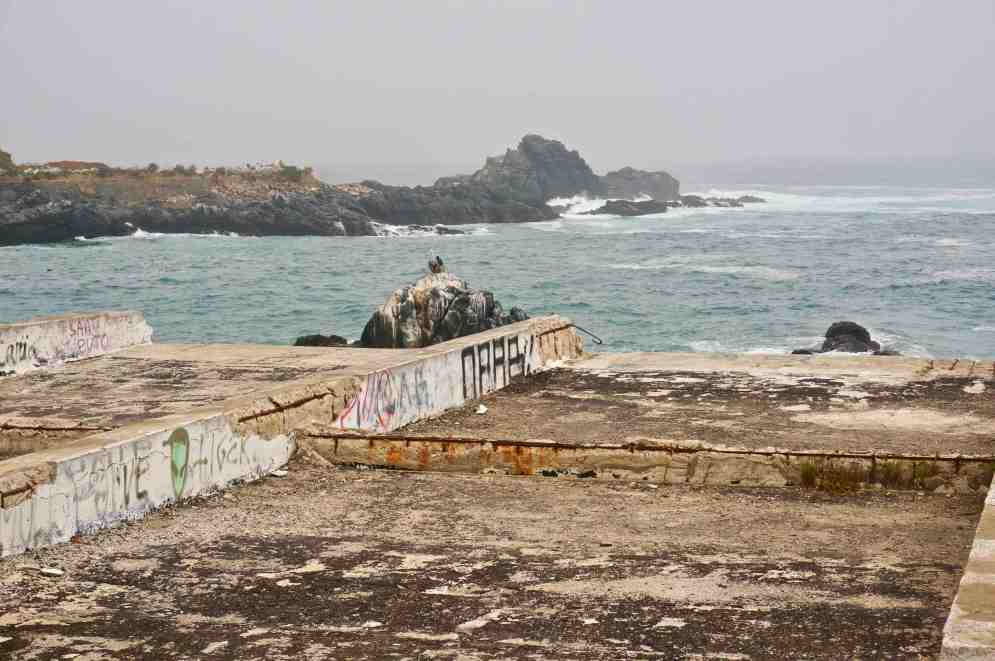 For a while there we were above the fog as we wandered over towards ocean-facing Playa Ancha, but then, as we got closer to the beach the fog pressed in and the air got decidedly colder.

I have to be honest here. Chilean infrastructure and general upkeep of things, particularly in Valparaíso, are bad. The pavements are in a terrible state, cracked and often eroded entirely away. Buildings have smashed windows that go unrepaired, even in schools, universities and government buildings. If you were handicapped here, blind or disabled, you’d have a terrible time – it’s so dangerous at times you wonder how anyone gets about. Then there’s the dogs – not just lazing around smack in the middle of a road or a path – but the dog shit. It’s everywhere. I’m just saying.

The beach at Playa Ancha is a case in point. The sea front has magnificent pounding waves but its swimming baths and painted paddling pools have been smashed to smithereens, either by erosion over time or, I suspect, plain neglect. There doesn’t seem to be any money here to do these repairs so unfortunately the infrastructure of this city continues to slide. However, there are signs of rejuvenation, it’s just that the decay is so great and so widespread that it might take a lifetime to see any real change.

As if to exemplify the crumbling decay of Valparasíso, Cementerio Numero 3 sits atop Playa Ancha looking out to sea, or as of today, at a thick wall of impenetrable fog. The Pacific is out there somewhere…

Now this place is unique. I’ve never seen such a place – it could be likened to a ‘housing estate for the dead’ – that’s how it looks, row upon row or street after street of the same multi-storey buildings containing densely stacked and packed memorials, all festooned with flowers, balloons and trinkets to loved ones. It’s quite an incredible sight. There were a lot of people around, tending memorials, replacing flowers. But for all the sense of order, and attendants trimming grass and patching concrete, there is still a definite sense of slow dilapidation.

Sorry for offloading on the state of disrepair. I’ve said it before and I’ll say it again, ‘don’t get me wrong, I love this place’, but coming from a rich country like Australia it’s a shame to see how public infrastructure can be let go for so long. (The transport infrastructure, now tested properly, is very efficient – especially the “metro”. Buses when you know where they’re going (routes are hung on cards in front windows) are scruffy, but cheap and frequent – Ant)