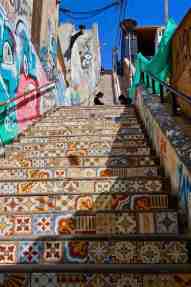 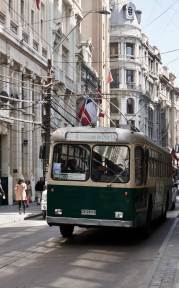 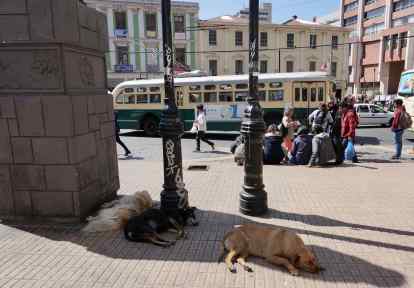 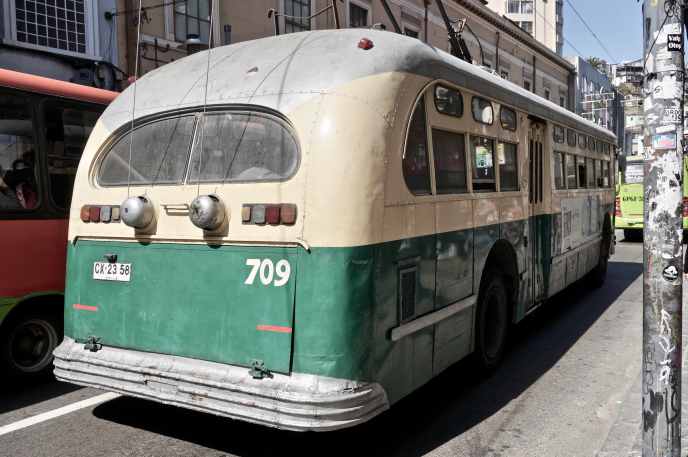 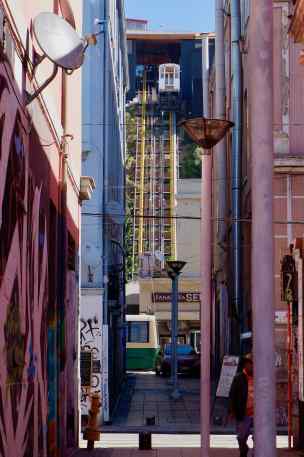 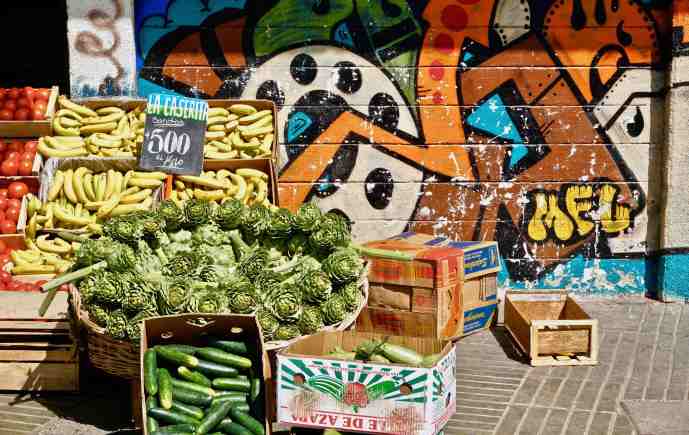 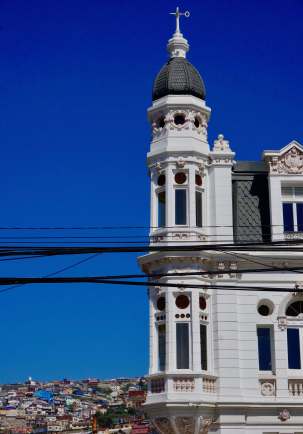 Before the Panama Canal existed, Valparaíso was the major port for ships travelling between the Atlantic and Pacific Oceans via the Straits of Magellan. Understandably Valparaíso (with its fog, hills and painted houses) was known as ‘Little San Francisco’ and ‘The Jewel of the Pacific’ throughout its golden age in the 19thCentury, though crucial for the Spanish since its foundation in the 1530’s.

It’s earthquake central here with 2 in the past week, 9 in the past month and 116 in the past year – nothing to report thus far. We were told when we arrived in the apartment to be prepared – but not to panic, move away from the windows and wait for the shaking to stop. Gab assured us that as this house has been here since the late 1800’s and survived the devastating 1906 earthquake, we’d be pretty ok. Oh, and if there were a tsunami, then we’re high enough here to safely observe the devastation from above… Some comfort!

Down on El Plan (the flat, “planned”, reclaimed part of the city that occupies the area between the bay and where the hills start to climb) there are around 23 troles (trolebuses) that have been in continuous service since 1952, and ‘world heritage listed’ icons of the city, making them probably the oldest trolleybus system anywhere in the world. It adds to the overall 1950’s air to El Plan and the bustling commercial centre of Valparaíso. Many of the street names have English and Irish names such as O’Higgins, Cochrane, Harrington, Farley, Pratt, McKenna, Wheelwright, Morris and Cumming to name just a few, originating from the days when the city was a magnet for immigrants seeking their fortune on the other side of the world.

In parts El Plan looks like a little slice of 1950’s London, say Fleet Street or The Strand – nothing as grand of course but there’s definitely a nod. Then there’s Bar Ingles on Cochrane that’s almost a shrine to the British Royal Family – the walls are plastered with photos of the Queen and especially Princess Di. Quite an odd experience really, it’s a “dark” bar (Ants’ term, more on those later….) where the air is thick with rapidly spoken Chilean Spanish.

The traffic is chaotic and often jammed honking into the narrow streets where cars compete with troles, colectivos, taxis and roaming street dogs who, along with their human compadres, wait patiently for a green light before safely crossing the road. No jaywalking here (even the dogs), it’s all quite ordered from a pedestrian point of view – probably from life-saving necessity I’d say.